Goal  counts down the most promising players from the top competitions in the Malaysian football season in 2017, and here’s number three.

More often than not, experience matters more for goalkeepers than players of different positions. This is why it is very rare for young goalkeepers to get a place in their teams’ first eleven, much less for one of the title contenders.

This is why Kedah goalkeeper Ifwat Akmal Che Kassim has earned his place in Goal‘s MSL2017 Most Promising Players list. At 21-years old, not only is he already an integral part of his team, he is also a first eleven player in a season where the Red Eagles won the FA Cup and appeared in the Malaysia Cup final for the third consecutive time. Ifwat too played in both final matches.

On top of this, he was also part of the Malaysia U23 team which qualified for the 2018 AFC U23 Championship and won the silver medal at the 2017 SEA Games.

Statistically, he has played in a total of 28 competitive appearances, conceded 30 goals and kept 11 cleansheets this season. 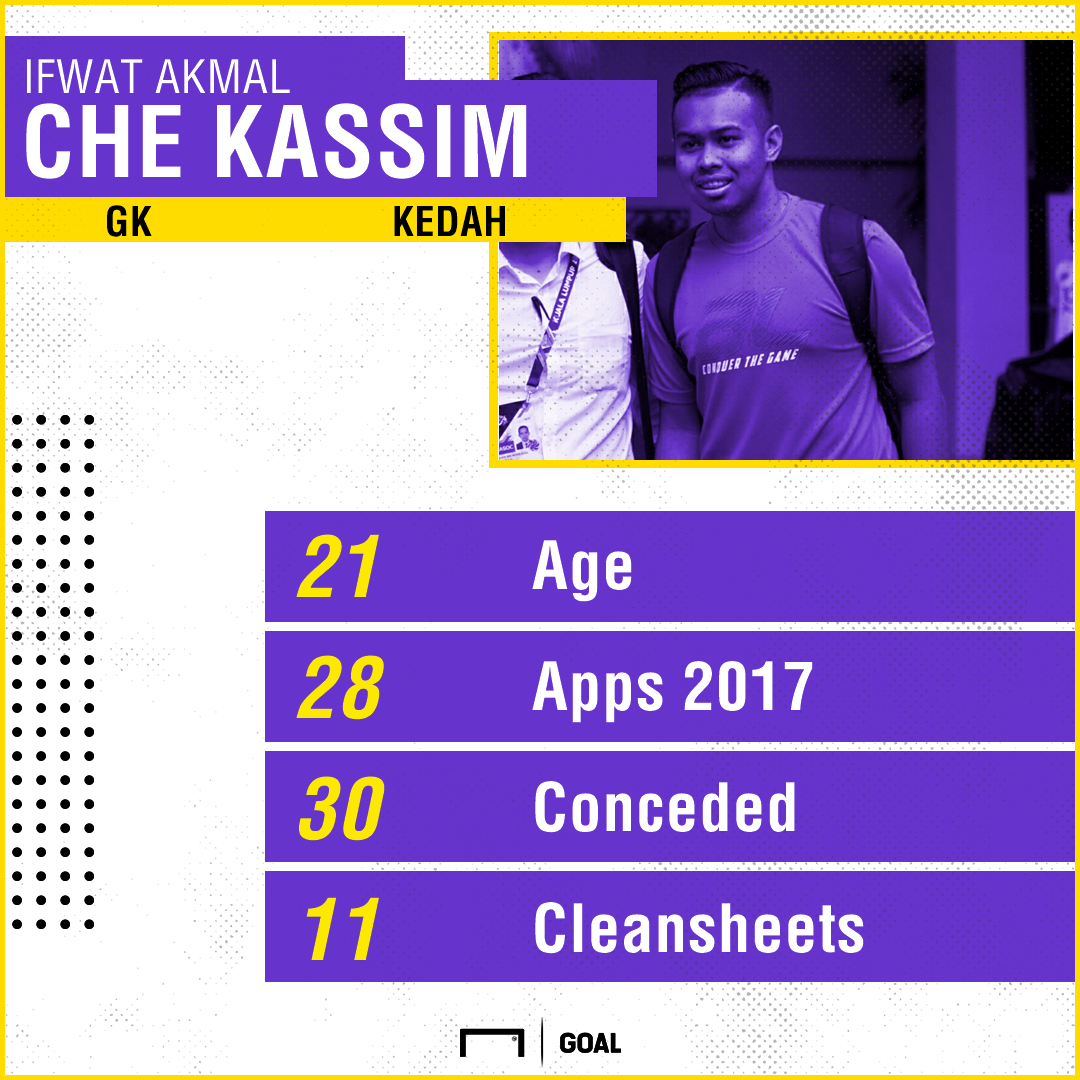 From today until 28 November, @Goal_MY will be counting down three top five lists for the 2017 Malaysia Super League. Follow our Twitter account and make sure you don’t miss it! pic.twitter.com/Ao3MpGkydE
— Goal Malaysia (@Goal_MY) November 24, 2017

In the meantime, read our MSL2017  Best Players and Worst Flops ists.