Malaysia show signs of progress with win over China 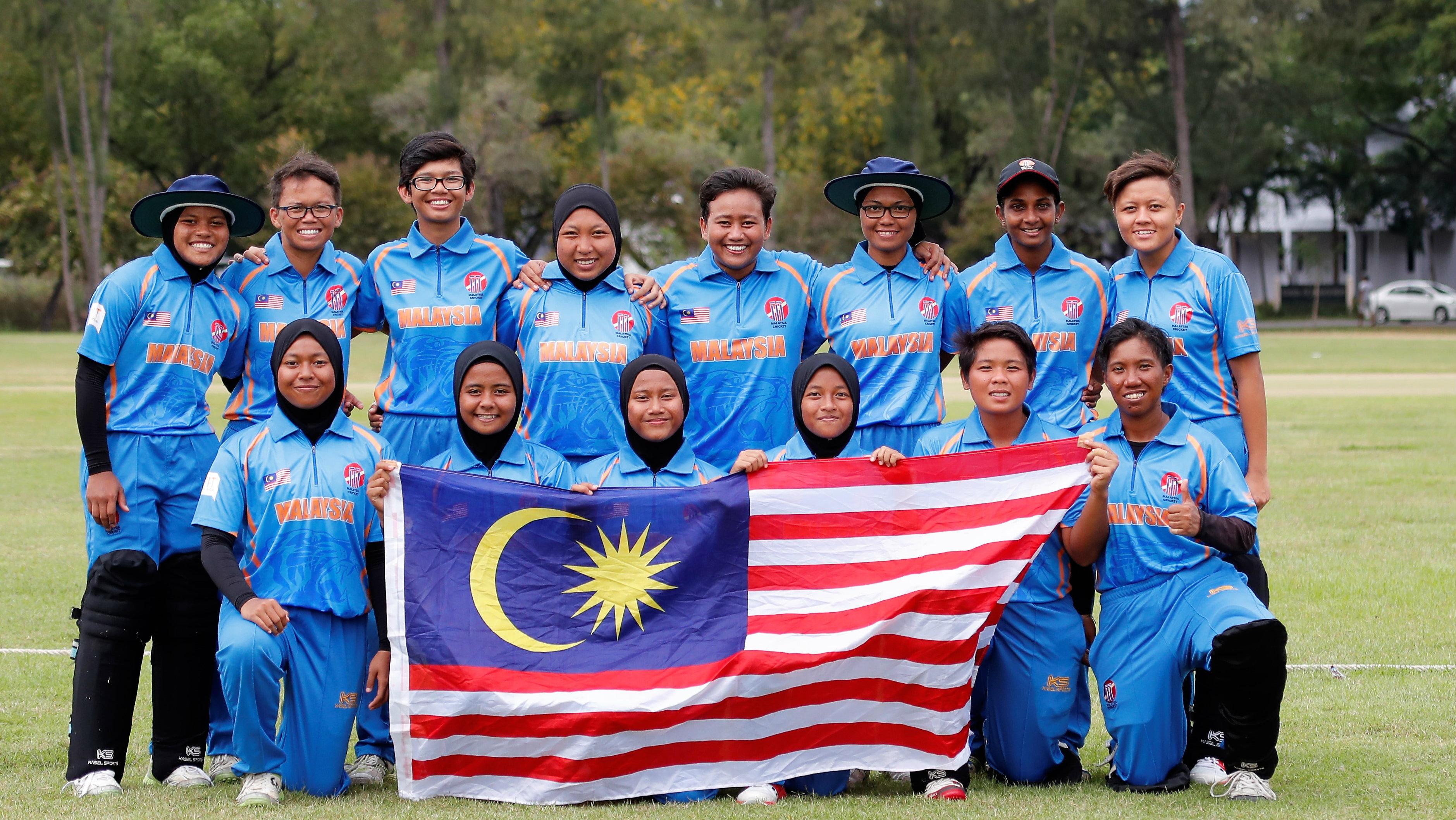 The second day of the 2018 ICC Women’s World T20 Asia Qualifier played in Bangkok saw Malaysia beat China by seven wickets at AIT and, after the match between Hong Kong and Nepal was abandoned without a ball bowled, Thailand were too strong for UAE as they won a nine-over match by 10 wickets.

Malaysia’s women’s cricket team are taking part in their first ICC competition and they are showing the benefit of playing matches regularly over the last few months as they have started this competition strongly.

Malaysia won the bronze medal in the women’s cricket event at the Southeast Asian Games in Kuala Lumpur behind Thailand and Indonesia and gave a good account of themselves against Hong Kong in their first match by reducing them to 24 for 5 before eventually losing by 35 runs.

China won the toss and elected to bat first in a match that started on time at AIT, and the openers shared a partnership of 12 before the first wicket fell. Nobody in China’s batting line-up could reach double figures as Malaysia were sharp in the field as they claimed four run outs. Malaysia’s opening bowler Zayani Syamimi is now the tournament’s leading wicket-taker as she took two for nine to give her six wickets and Jannadiah Halim impressed with her slow-left-arm to claim figures of 3 for 11 as China were bowled out for 33 in 12.4 overs. A target of 34 wasn’t quite the formality it seemed as Malaysia had been dismissed for 42 by Hong Kong on the previous day but openers Christina Barnet and Emylia Eliani provided a steady start with a stand of 16 and Malaysia captain Winifred Duraisingham top scored with 8 as her team reached 34 for 3 in 10.2 overs to gain victory by seven wickets.

China will look to improve after losing their first two matches.

Malaysia and United Arab Emirates are the two teams new to ICC women’s competitions so it is a positive step that both newcomers have both achieved wins early in the competition. China will look to improve after losing their first two matches. The first match of the day at TCG between Hong Kong and Nepal and was abandoned without a ball bowled as the umpires decided that there was no possibility of play before the scheduled finish time and called the match off. Hong Kong now have three points with a win and a no result, but Nepal have suffered two abandonments.

The ground staff were able to continue with their mopping up duties in the hope that the Thailand against UAE match could be played and a strong wind gave some hope that the ground would become playable later in the afternoon. Finally all the hard work paid off and the two sides were able to play a match reduced to nine overs aside when play started . Thailand won the toss and asked UAE to bat first who had shown promise with the bat by reaching 40 in five overs against China the day before.

UAE found Thailand’s bowlers a tougher proposition, although left-handed opener Udeni Kuruppuarachchi again went for her shots. Nattaya Boochatham returned outstanding figures of three for four as she took a wicket with her first ball and two more in the final over of the innings as UAE were restricted to a total of 34 for 4 in their nine overs.

Nattakan Chantam and Naruemol Chaiwai opened the innings for Thailand and they saw their side home to victory without losing a wicket as they reached their target in 5.1 overs after Chantam hit the first six of the tournament with a drive that sailed over long-off. Chantam was unbeaten on 21, Chaiwai on 11 and Thailand will have been pleased to win a match that had looked unlikely to take place, as they joined Hong Kong at the top of the table on three points.